SVPAM has been interested and involved in Allergy and Asthma for over 40 years!   Our allergy department, with Certified Medical Assistant / Allergy Technician, Barb, provides testing and treatment under the direction of the SVPAM physicians.  Barb has been with SVPAM over 30 years ~ she knows her stuff! 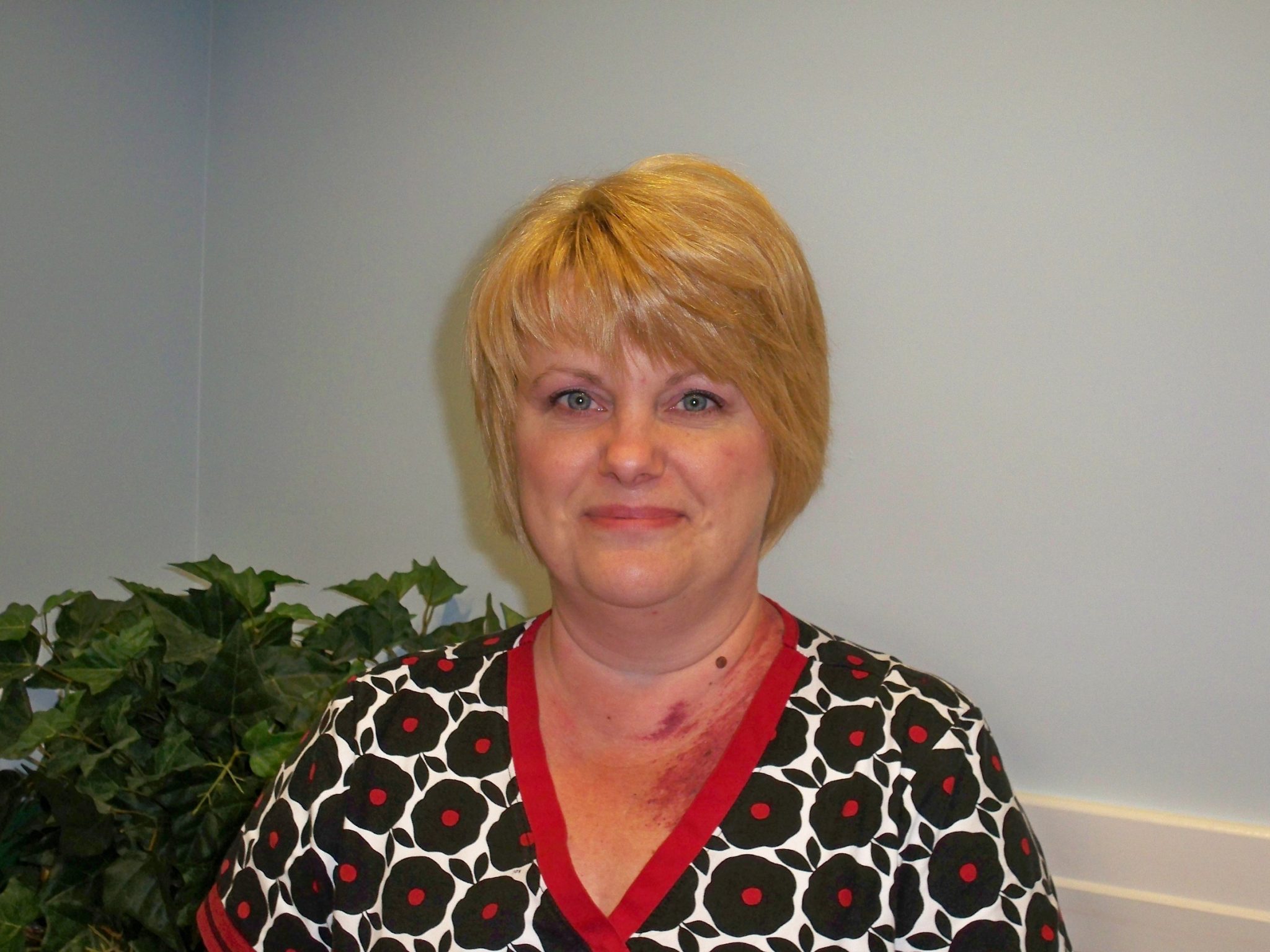 Reducing Asthma Triggers in Your Home

There are many things in every home that can cause an asthma attach or make asthma worse. These are called “triggers.” Make changes based on your child’s specific allergies or triggers for asthma attacks. Common triggers may include: tobacco smoke, dust mites, mods, pets, cockraoches, strong odors & sprays, exercise, an illness, food allergies, and cold air.

If you smoke, ask your child’s doctor for ways to help you quit. Ask other family members to stop smoking also. If you have to smoke, wear a specific coat when outside to smoke – remove it when entering the home. Do not allow smoking in your home, car or around your child. Be sure no one smokes at your child’s day care center.

Dust mites are tiny buys that you cannot see. They live in cloth and carpet. Put your child’s mattress, pillow and box springs in plastic or vinyl covers that close with a zipper. Remove stuffed animals or toys from your child’s bed. Wash all blankets and bedding once a week in hot water. Do not let your child sleep or lie on stuffer, upholstered furniture. Have your child sit in a leather, wood or vinyl chair. Do not dust or vacuum while your child is in the room. Remove carpeting if possible, especially from your child’s sleeping and play areas.

To help with molds – use half-strength bleach or mold-killing solution to clean bathrooms, kitchens and basements. Use air conditioning and keep windows closed, if possible. Use a dehumidifier and empty the pan daily. Do not use vaporizers. Avoid houseplants. If you have them, change the soil frequently. Do not mow the grass or rake the leaves around your child. Repair leaky faucets and pipes or other water leaks.

Keep counters and floors free of crumbs and keep trash containers closed to prevent cockroaches. Avoid clutter such as piles of papers where cockroaches can hide. Do not use pesticide sprays, foggers, or bombs. Use boric acid powder, such as Roach Prufe; use as directed. 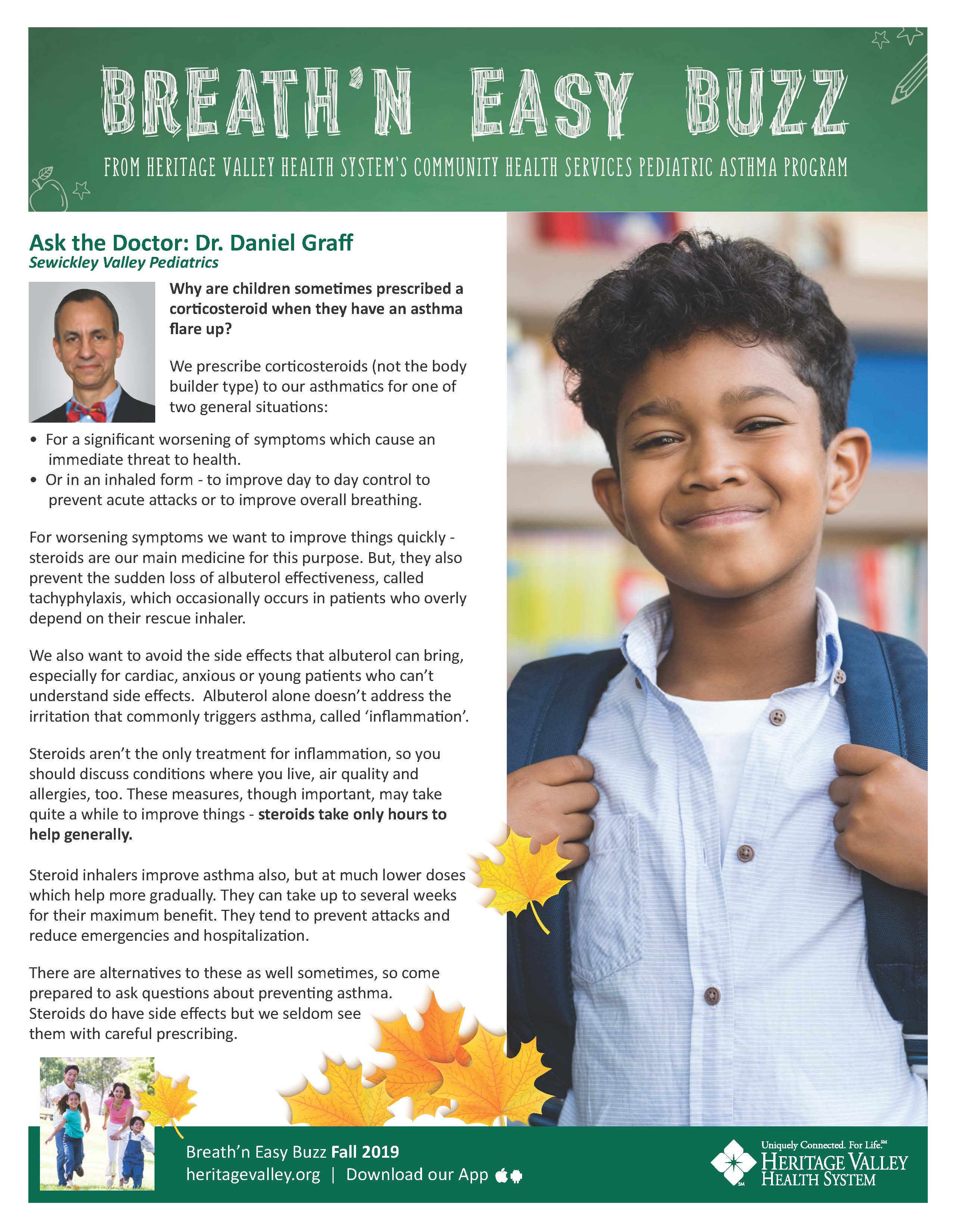 Antihistamines, the longest-established allergy medications, dampen the allergic reaction mainly by suppressing the effects of histamine (itching, swelling, and mucus production) in the tissues. For mild allergy symptoms, your child’s doctor may recommend one of the antihistamines widely available over-the-counter. Children who don’t like to swallow tablets may prefer the medication in syrup, chewable, or melt-away form.

Antihistamines can be useful for controlling the itchiness that accompanies hay fever, eczema, and hives. Your pediatrician may advise your child to take them regularly or just as needed. Antihistamine nasal sprays are also available for hay fever. They work locally in the nose to reduce symptoms. Some kids shy away from nose sprays and prefer using the antihistamines taken by mouth

Some over-the-counter antihistamines, in particular the “old-generation” type, can cause drowsiness. For this reason, it’s best to give the dose in the evening. Some new generation antihistamines may cause mild drowsiness especially after the first dose. Ask your child’s doctor whether these non-sedating antihistamines are appropriate for your child.

For hay fever sufferers, antihistamines help stop runny nose, itching, and sneezing, but they have little effect on nasal congestion or stuffiness. To cover the range of symptoms, an antihistamine is often given together with a decongestant, sometimes combined in a single medication.

In contrast to older antihistamines, which tend to make people sleepy, decongestants taken by mouth can cause stimulation. Children taking these medications may act hyper, feel anxious, have a racing heart, or find it difficult to get to sleep. Because of these possible side effects, it is best to avoid using long-term daily decongestants to control your child’s nasal congestion, and instead, use another type of medication, such as a nasal corticosteroid spray.

Decongestant treatment can be given topically with nose drops or sprays, but these medications have to be used carefully, and only for a short while, because prolonged use can lead to a rebound effect. The resulting stuffy nose is more difficult to treat than the original allergy symptoms.

Cromolyn sodium is sometimes recommended to prevent nasal allergy symptoms. This medication can be used every day for chronic problems or just for a limited period when a child is likely to encounter allergens. The medication is available without prescription as a nasal spray; it is taken 3 or 4 times a day. Nasal cromolyn has almost no side effects, but it’s potency is not high, and because it requires frequent administration, it is hard to use on a regular basis in a consistent way.

Corticosteroids, a category of medications also called steroids or cortisones, are highly effective for allergy treatment and are widely used to stop symptoms. They are available as skin medications (such as creams and ointments), nasal sprays, asthma inhalers, and pills or liquids.

Once-daily dosing is usually enough. These medications work best if used on a regular daily schedule, rather than with as-needed, interrupted dosing. No problems have emerged so far over many years in patients using cortisone nasal sprays over the long term.

Immunotherapy, or allergy shots, may be recommended to reduce your child’s sensitivity to airborne allergens. This form of treatment consists of giving a person material he is allergic to, by injection, with the goal of changing his immune system and making him less allergic to that material.

Not every allergy problem can or needs to be treated with allergy shots, but treatment of respiratory allergies to pollen, dust mites, and outdoor molds is often successful. Currently, sub-lingual (under the tongue) immunotherapy is available for grass pollen and ragweed pollen only and is typically started a few months before the grass or ragweed pollen season. Immunotherapy for cat (and possibly dog) allergy can also be very effective, but allergy specialists advise that avoidance is the best way to manage animal allergies in children.

Immunotherapy takes some time to work and demands patience and commitment. The treatment is given by injecting gradually stronger doses of allergen extract once or twice a week at first, then at longer intervals—for example, once every 2 weeks, then every 3 weeks, and eventually every 4 weeks. The effect of the extract reaches its maximum after 6 to 12 months of injections.

After a number of months of immunotherapy, a child usually feels his allergy symptoms are better. Allergy injections are often continued for 3 to 5 years, and then a decision is made whether to stop them. Many children do fine after the shots are stopped and have little or no return of their symptoms.

To provide high quality and personalized medical care to our patients in a pediatric medical home environment.

To be the community leader in delivering complete healthcare services to our pediatric and adolescent patients in a medical home environment, utilizing all appropriate & available medical and social services.

Six Tips to Allergy-Proof Your Home

One of the major problems for people with asthma is a dust mite allergy.  Dust mites are invisible creatures that live on tiny flecks of skin that we normally shed every day.  Dust mites can be found everywhere that people live, especially carpeting, bed covers and blankets.  The biggest exposure is with bedding because you may spend 8 or more hours at night sleeping there.

More than 6 million children in the U.S. have asthma; that’s almost 1 in 12.  Rates are higher for African American & Latino children.  Rates are higher for those living in urban, low-income areas.  It’s a complex disease, complicated by allergies, air pollution, smoking, high cost of medicines, access to healthcare and, according to a recent study, access to healthy food.  The study, presented at the American College of Allergy, Asthma & immunology annual meeting in November 2016, reveal that children living in an area where there is a lack of nearby supermarkets limits access to affordable or high-quality fresh foods, were 53% more likely to have asthma than those who live closer to markets.

Offices open at 8 a.m., Monday through Saturday.
Patients are scheduled by appointment.

SVPAM observes the following holidays and will be closed on:  New Year's Day, Memorial Day, Emancipation Day (June 19th), Fourth of July, Labor Day, Thanksgiving and the day after Thanksgiving, Christmas Day.  We typically close early the day before each holiday.  Watch for special posts in our Breaking News Section & at the top of this home Page for those holiday hours adjustments.